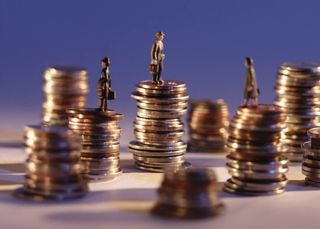 Of all the hated taxes in the U.S. tax code, the estate tax is handily the single most hated tax, particularly among wealthy families who must pay it. In an effort to preserve wealth across generations, these families rely on the use of complex strategies to transfer wealth to grandchildren, great-grandchildren and other descendants.  The Generation-Skipping Transfer Tax, or GSTT, was created by Congress specifically to close the perceived loophole.

In “Generation-Skipping Tax: What It Is and How to Avoid It,” The Motley Fool explains the idea behind the GSTT: general estate tax principles say that most people leave money to their spouses first, then to their children if they have any, then to grandchildren, and then to more distant descendants. The estate tax allows an unlimited deduction for marital gifts. However, in the children's generation, typically there is a tax. And when the child passes away, the IRS takes another bite by taxing the grandchildren.

The GSTT levies a second tax on gifts made to grandchildren or those who are more than 37½ years younger than the person making the gift or bequest. This is to make sure those gifts are treated consistently with the policy behind the estate tax. The GSTT applies the same 40% tax rate to gifts that the regular estate tax applies to direct inheritances. In effect, the GSTT lines up the tax liability so that the grandchildren receive the same amount of assets as they would have if their inheritance had come straight from their parents instead of their grandparents.

The article explains that outright gifts to grandchildren, called “direct skips,” are typically subject to GSTT, but the tax can also apply in more complex scenarios. “Indirect skips” occur when a trust that is created for multiple generations begins to see vested interests held by grandchildren and distant relatives. In such a case, the GSTT can become due— not only when a trust is set up—but also years or even decades later when remote relatives find themselves primary beneficiaries.

Lastly, there are also instances where a person can make what would otherwise be a generation-skipping gift without treating it as one for the taxes. The article notes that the most common is the "deceased parent" rule, which makes sense in normal estate planning. Most people will leave an equal amount to each of their children when they pass away; however, if one child dies before them, they will usually assign that share to that child’s children. Thankfully, the GSTT doesn’t disrupt this logical gift to the grandchildren when their parent has already passed away at the time of the gift.

Because the generation-skipping tax is about the scariest parts of estate tax law, most folks like to steer clear of it if they can. Speak with an estate planning attorney to find out more about the GSTT and other tax-decreasing strategies.

Reference: The Motley Fool (June 28, 2015) “Generation-Skipping Tax: What It Is and How to Avoid It”

Please visit our website to learn more about taxes and estate planning.