One Man's Favorite Portrait is an Executor's Nightmare 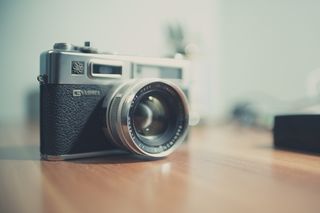 Nude photographs of the artist Jean-Michel Basquiat were posted on several art websites, and the estate's attorneys furiously demanded that they be taken down. But no one is certain if the artist himself wanted the photos to be online.

Several nude photographs of the late artist Jean-Michel Basquiat were taken by his ex-girlfriend Paige Powell. The photographs, which were shown as part of an art exhibition in 2014, show Basquiat reclining on the bed, smiling at the camera. Subsequently, they were posted on several art websites.

One of those websites, Animal, posted the images in 2014.

The attorney for the artist's estate, however, recently sent a letter to the website demanding that the images be removed as they are disparaging to the artist. Powell claims that Basquiat was proud of his body and would want the photographs to be seen. Page Six reported this story in "Estate fighting release of Basquiat's nude photos."

It is impossible to know whether Powell is correct that Basquiat would have wanted the nude pictures to be seen. If so, this case is an illustration that there is often a disconnect between what a person would have wanted and what those running the estate want.

For this reason, it is very important when creating an estate plan that you be as specific as possible about any requests and that you pick estate administrators and trustees who will likely view things as you would have. This is especially true for artists who wish to have their works looked after in specific ways.

An experienced estate planning attorney can help guide you and consider all of these issues.

Please visit our website to learn how you can ensure your wishes and concerns are addressed in your estate plan.