« Second Time Around, Wedding Plans Should Include Estate Planning | Main | Every Dog May Have His Day, But This Dog is Having His Day in Court » 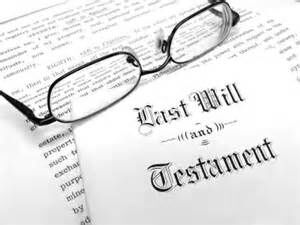 Beloved and respected actor and director Lord Richard Attenborough included his final wishes in his will, which were extremely specific and somewhat unusual. Because he made his wishes clear, they will be carried out by his heirs.

When the probate records of Richard Attenborough were made public, the wishes of this English icon, who passed away in August 2014, were revealed. His estate in the United Kingdom was worth approximately £1.5 million, not including the value of any assets held in trust or any foreign assets.

However, his will also revealed that Attenborough requested that his body be cremated.

The daughter and granddaughter perished in the tsunami in the Indian Ocean in 2004.

The Telegraph has more on this story in an article titled "Richard Attenborough's last request: place my ashes with my daughter and granddaughter." One thing that this story illustrates is that a will can be more than just a dry, legal document that divides property. In fact, a will can also be used to create an emotional legacy and let people know what is important to you.

As any father would be, it is clear that Attenborough was deeply affected by the tragic loss of his daughter and granddaughter. By using his will as the vehicle by which he dictated how his remains were to be treated, Attenborough shared that with the entire world.

Contact an experienced estate planning attorney to ensure the important details of your last wishes are legally covered. Please visit our website to learn more!