Mental Capacity at the Heart of Sumner Redstone's Billion-Dollar Empire 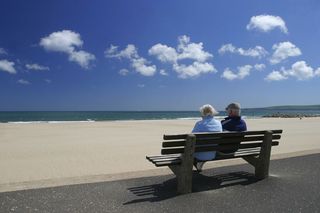 The stakes are high for the ex-girlfriend, shareholders and family members in this larger-than-life battle over whether or not the man who was the ultimate dealmaker is capable of making his own decisions.

Whether or not Sumner Redstone is mentally competent is headed to a trial, as competition for control of his $3 billion holdings in Viacom Inc. and CBS Corp. heats up. According to Bloomberg's "Redstone Faces Competency Trial amid Fight over Media Empire," his ex-girlfriend Manuela Herzer claims that Redstone is no longer mentally competent and is being manipulated by others.

A Los Angeles probate judge asked whether it was wise for the 92-year-old to name Viacom CEO Phillipe Dauman as his agent in charge of his health care decisions rather than a family member. Judge David Cowan, who will decide the case without a jury, said he isn't confident things "are all patched up" between Sumner and his daughter Shari Redstone.

At least one shareholder has sued the boards of Viacom and CBS, accusing them of wasting millions of dollars paying Redstone when he was unfit to take an active role in the businesses. He stepped down as chairman of both companies only last month, days after he was examined by a psychiatrist designated by Herzer as part of her court case.

The control of Redstone's 80% voting stakes in Viacom and CBS will pass to a family trust if he becomes incapacitated or dies. Shari Redstone and Dauman are two of the seven members of that trust. Redstone's Viacom and CBS holdings are exempt from the lawsuit, as the family trust that will take control was established long ago.

While Redstone's lawyers accuse Herzer of being interested only in regaining the inheritance from Redstone's prior will—a hefty $50 million plus a home valued at $20 million, Herzer says that he was not mentally competent when she was removed from his will, evicted from the mansion and removed from his advance healthcare directive. A geriatric psychiatrist's report, sealed from public view, recently provided information that led the judge to his decision that the question of Redstone's competency is not yet resolved.

To learn more about capacity issues and estate planning, please visit our website.

Posted by Stapleton Elder Law on 03/24/2016 at 08:15 AM in Conservator, Conservatorship, Guardian, Guardianship, Incapacity Planning, Power of Attorney | Permalink