« Divorce is Expensive, but Not for All the Reasons You Might Think | Main | Mental Capacity at the Heart of Sumner Redstone's Billion-Dollar Empire » 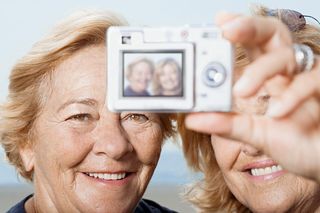 Epic family battles are always more interesting when they involve large assets and families who typically do not seek public displays of infuriation.

Facebook has become the source of revolutions, personal journeys, and now, estate battles. When one of America's most admired art collectors passed away last year, she had an estate plan in place. Her husband of 14 years apparently didn't like the terms and is challenging the will. Her adult children from her first marriage are furious, and one is very publicly sharing his anger and disgust on Facebook.

The New York Post Page Six reports in "Melva Bucksbaum's $100M estate battle rages on Facebook" that the battle began when Melva, a former trustee of the Whitney Museum, died at 82 last year. Her husband Raymond Learsy—a trader, developer, and fellow Whitney board member—challenged her will and claims he's entitled to half her fortune, which is worth more than $100 million.

The action infuriated Melva's adult children, Gene and Glenn Bucksbaum and Mary Bucksbaum Scanlan. Glenn says that Learsy schemed to seize the family millions. He wrote on his public Facebook page, "Raymond Learsy…This name should be known. Full definition of cad. 1: An omnibus conductor 2: a man who acts with deliberate disregard for another's feelings or rights."

Learsy's lawyer, Hugh J. Freund, said of the real estate, "It was Ray's own personal estate planning and has nothing to do with Melva's estate. Glenn [is] going out of his way to cause a problem, where everyone else in his family is being constructive to resolve this issue."

Learsy was left about $10 million in trust in Melva's will. He also was to receive a $25 million home, but now he claims he's entitled to half of her fortune, which includes a Tribeca loft, homes in Connecticut and Aspen, and a valuable art collection.

Melva's New York friends are "appalled" that Learsy is planning a memorial for her in April while contesting the will. One friend said, "It's distasteful. He's acting like the grieving husband around New York while challenging her will in Aspen."

In a genteel use of language that shows great restraint—given today's casual use of obscenity—William D. Zabel, the attorney representing Bucksbaum's children, said, "I stand by my prior statement that he [Learsy] is a colossal cad."

To learn more about inheritance planning and your estate plan, please visit our website.