« Will Your House Become the Abandoned Wreck on the Block? | Main | IRS Wants a Big Bite from Michael Jackson's Estate » 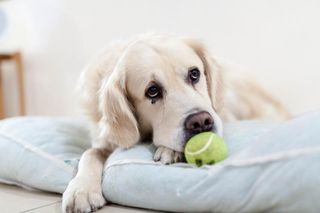 You can leave money for a pet in your will, but you cannot protect it with a pet trust if you live in Minnesota. One pet parent is trying to change this.

A number of states—including California, Wisconsin and New York—have adopted laws that allow pet owners to create pet trusts, which allow pet owners to designate money to be used for the care of their beloved animal companions after the owners pass away. As of this writing, Minnesotans may leave money for their pet, but there is no way to ensure that the money is spent on the pet's care.

WDAY.com reported in "Who will care for your pet when your die? Trust bill proposed" that Rep. Dennis Smith, most likely along with his dog Reagan (serving as a special four-legged lobbyist), planned to make the case to his colleagues that it was time for Minnesota to end its unique designation.

Smith is an animal lover who has at least two photos of his golden retriever mixed-breed pup in his legislative office in Saint Paul. He also has Reagan, along with his wife and children, on his campaign website. As an attorney, Smith commented that he sees his clients make gifts to their animals in their estate planning about one third of the time.

Under current state law in Minnesota, residents may designate money in their wills for their pets, but there's no legal requirement that the cash be spent on the animals. This is not the same as in other states that allow for animal trusts. In a trust, any cash left for the care of an animal must legally be spent on Fido or Spot. When he, she or it dies, any money remaining in the trust could go to other heirs or be distributed as instructed in the trust or as determined by the probate court.

Wisely, the terms of the animal trust could be prepared to ensure that payment for care is made if the owner becomes incapacitated. The pet trust can't be used to avoid debt or shrink estate taxes, which means that the state will not lose any estate tax revenue by passing the law.

Reference: WDAY.com (April 7, 2016) "Who will care for your pet when your die? Trust bill proposed"

To learn more about pet trusts, please visit our website.