« Can You Enforce Responsible Behavior Through an Incentive Trust? | Main | Make This Year’s New Year’s Resolutions More Likely to Succeed » 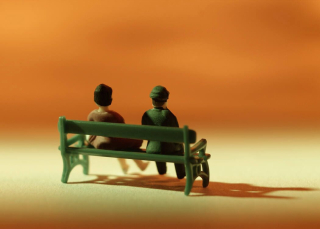 The reporting of exploitation of seniors by a guardianship system that seems to mainly benefit the professional guardians has drawn state-wide attention and hopefully will lead to constructive changes.

A work group focusing on guardianship issues facing Florida’s courts and Florida’s seniors has been established by Florida Chief Justice Jorge Labarga. He noted that removing a person’s rights because they are no longer able to make independent decision is not an easy task for any judge.

The Palm Beach Post, Judge LaBarga’s hometown newspaper, reported extensively on guardianship, particularly how one judge and his wife benefitted. As a result of the coverage, Palm Beach County undertook an overhaul of the system and Circuit Judge Martin Colin announced his retirement. These developments were reported in The Palm Beach Post’s “Supreme Court chief justice tackles senior guardianship as complaints mount.”

Judge Colin’s wife Elizabeth Savitt continues to serve as a professional guardian despite growing complaints by the families of her incapacitated wards. She has taken tens of thousands of dollars from seniors’ bank accounts prior to judicial approval, the Post discovered.

The newspaper contacted numerous guardianship attorneys, all of whom said the state statute does not permit guardians to take fees prior to judicial approval.

The Guardianship Workgroup was established under the Court’s Judicial Management Council, which advises the chief justice and the Supreme Court on long-range issues concerning Florida’s judiciary. Labarga said in a press release that he organized the work group because guardianship caseloads are increasing in both number and complexity. He anticipates that more and more cases dealing with guardianship issues will make their way to court.

State lawmakers have passed laws in the last two legislative sessions to increase the state’s regulation and oversight of guardians.

The group has been asked to examine common guardianship issues including restoration of capacity for the individual placed in a guardianship, and fees, which usually mean for the guardian and at least one attorney. The group was asked to provide an interim report to the Court by October 2017, with a final report requested by September 2018.

To learn more about guardianship, please visit our website.