« Save Yourself and Family Members the Stress and Expense: Plan | Main | Elder Abuse in One Florida Community Serves as Representative Sample » 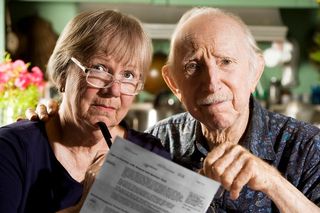 A telephone survey of 613 African-American residents of New York City between the ages of 36 to 70 are worried about having enough money to retire, as reported in Amsterdam (NY) News’ article, “Survey: Black New Yorkers struggling to save for retirement.” Drawn from a survey conducted by AARP New York and Siena College, “Countdown: New York’s Vanishing Middle Class,” the concern extends to 72% of middle-class Gen Xers whose annual earnings range from $40,000 to $120,000.

The survey found the cost of key necessities like housing, utilities, and food is having a huge financial impact, with 60% saying they’re just getting by, and 47% of middle-class Gen Xers don’t plan to live in New York when they retire.

The survey found that 56% of the city’s African-American Gen Xers hadn’t researched Social Security benefits, and 61% of both generations have failed to research Medicare benefits.

In addition, 74% haven’t written out a retirement plan with a budget, and 62% have no plan for care if they become sick or disabled.

There was a total of about 50% who haven’t even discussed retirement issues with their life partners or families.

Not surprisingly against this backdrop, 63% of all of the survey respondents are frequently worried about having sufficient funds to maintain their standard of living in retirement.

The U.S. Labor Department recently issued a rule that will allow states to enact retirement savings plans for workers. New York’s Governor Cuomo launched a commission to study a lack of retirement savings and to propose solutions. With more than half of all 18 to 64 year old private sector employees lacking a traditional workplace retirement savings plan, the idea of the state creating such a plan is welcome, but may be too late for Baby Boomers.

Please visit our website to learn more about retirement planning.