Elder Abuse in One Florida Community Serves as Representative Sample 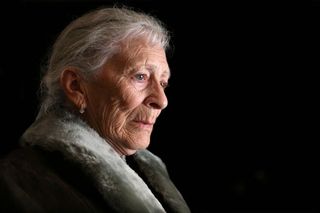 Scammers focused on elderly targets ramp up their activities during the holiday season, taking advantage of generous holiday spirits.

Florida State University’s College of Criminology and Criminal Justice has completed an in-depth study of elder fraud and how to combat it. What’s unusual is how the study focused on one particular community, which is a highly popular and well-regarded retirement location.

Florida State University News article, “FSU criminology team tackles elder fraud issues,” reported that a 2011 MetLife Market Institute study found some $2.9 billion was exploited from elderly victims, which was a 12% increase from 2008. Experts say the occurrence and impact of elder financial fraud will likely continue to rise. However, there is a dearth of research on the facts, prevention, and policies related to elder financial fraud. This led FSU to begin a study on elder financial fraud in The Villages—one of the largest retirement communities in the nation.

Reviewing reported incident data, arrest statistics, national surveys, focus groups, and interviews, the researchers found that in The Villages, between January 2010 and May 2015, there were 3,735 complaints of elder fraud victimization, but just 265 arrests. The average age of fraud victims was 72, and the average amount lost among the victims was $2,000 per claim. The most frequent cause of fraud was in home services, such as unnecessary repairs.

The researchers also examined other types of fraud The Villages residents were exposed to—like misleading sales and advertisements, investment fraud, embezzlement, sweepstakes scams, fraud by health professionals, identity theft, and forgeries. The report also detailed the methods used to exploit elderly victims and the reasons they were especially vulnerable to each type of fraud.

The researchers found that critical life events, like the death or incapacitation of a spouse, a significant health diagnosis, and moving were the most common precursors for financial exploitation. As a result of victimization, the residents suffered psychological and emotional distress, lessening of their quality of life and health and severe consequences for their financial security.

The researchers also found that retirement communities provided a false sense of security to residents, which heightened the possibility of exploitation among residents.

The FSU team provided specific recommendations to give seniors the tools they need to prevent elder abuse from occurring. These include education, a strong support network and a healthy degree of skepticism. The presence of a community service center that would offer comprehensive services, including a hotline for seniors, a list of endorsed service providers, educational programs and referral services was also recommended.

Please visit our website to learn how we can help prevent you and your loved ones from becoming the victims of elder abuse.