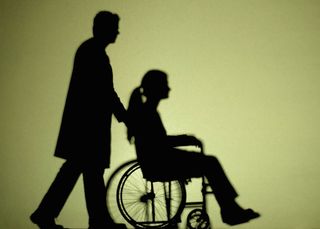 A strategy used by many to protect funds, usually so that services not covered by Medicaid can be paid for out-of-pocket, may become invalid if proposed eligibility changes become law.

Some families and seniors have set up trusts to pay for extra services that are not covered by Medicaid health insurance, but these may soon become problematic, as reported by The Boston Globe in “MassHealth may force seniors to make hard choice.” Massachusetts seniors and other Medicaid recipients may be forced to spend down assets, if they want to continue to qualify.

MassHealth, the state’s Medicaid health insurance program for nearly two million low-income and disabled residents, is contemplating changes to its eligibility requirements that would make it harder for residents over age 65 to establish special-needs trust (SNTs) accounts and still qualify for nursing home care and other health services from state and federal government programs.

Massachusetts officials say the proposed changes are designed to ensure that the state’s Medicaid rules adhere to the 2008 federal Medicaid guidelines, along with reducing the strain on the $15 billion MassHealth budget. These changes would require disabled seniors to spend down their personal financial resources, including money that’s held in a trust, before using MassHealth.

“As part of our regulations review, MassHealth proposed some clarifications to its eligibility regulations to ensure compliance with both federal and state law,” said Sharon Torgerson, a spokeswoman for MassHealth.

Advocates for disabled seniors say the changes will deny some residents small comforts that improve their quality of life. This change, they argue, could wind up costing the state more money by making those who are living independently move into more expensive nursing home care financed by taxpayers.

Individuals must get approval from their trust administrators to spend money, and they typically must submit bills for expenses like dental work not covered under Medicaid, health aides, clothing, and utilities.

The median annual cost for a shared room at a nursing home facility in Massachusetts in 2016 was about $135,000, according to an annual survey conducted by Genworth Financial, Inc.

Trusts have traditionally been a method for disabled seniors and their families to plan for long-term care—particularly if they have complex needs but don’t have children to help with expenses. To qualify for the state program in Massachusetts, an individual’s assets can’t exceed $2,000, and monthly income is limited to $100. Trust money had traditionally been exempt from those eligibility requirements.

However, in 2008, the federal Centers for Medicare & Medicaid Services clarified the rules, telling states that, in general, disabled individuals over 65 couldn’t transfer money into a pooled trust without a penalty. Essentially, that meant they couldn’t go on Medicaid until they had used up their assets.

The process started with a hearing in December on the proposed changes, and public comments are currently being considered. However, this is unlikely to be a straightforward matter. There are many factors considered when Medicaid eligibility is being determined, and trusts, including pooled trusts and asset transfers, are complex issues that do not automatically make someone ineligible. An elder law attorney will be able to help as these changes are being considered and when a final decision has been made by Massachusetts officials.