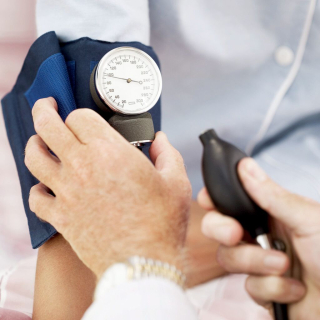 You might think that any doctor seeing patients over a certain age would automatically screen for Alzheimer’s or other dementia-related diseases, but until now that has not been the case.

Starting in January, Medicare will now begin reimbursing doctors for screening and providing information about care planning for patients with Alzheimer’s and other cognitive impairment diseases. What seems like common sense public health policy, took many years of advocacy from patient groups.

Santa Cruz Sentinel’s recent article, “Diagnosing Alzheimer’s: Medicare now pays doctors to stop and assess memory loss,” reports that more than 5 million Americans are living with Alzheimer’s, and as many as 16 million will have the disease in 2050.  The cost of caring for those with the disease and other types of dementia is also skyrocketing. In the U.S., it’s estimated to total $236 billion in 2016 and is anticipated to increase to $1.1 trillion by 2050.

However, many people are unaware that they are afflicted with the disease: only about 50% of Americans are diagnosed. Experts contend that many doctors don’t take the time required to test for Alzheimer’s disease. But the new Medicare billing code will provide more incentive for primary care doctors to take the time for more evaluation and care-coordination.

An early and documented diagnosis—along with access to care planning services—gives Alzheimer’s patients better outcomes. It’s even possible to see signs of cognitive problems before the person realizes it themselves. However, research thus far, suggests that medications will only be effective in the early stages of the disease, when the symptoms are the mildest. Therefore, primary care doctors must look for those mild cognitive problems.

However, many physicians aren’t equipped to help their patients take advantage of the new Medicare rule. The issue is that most front-line physicians typically aren’t trained in this area. They first need to understand how to assess these patients before referring them to neurologists or to develop care plans.

A spokesperson from the Centers for Medicare & Medicaid Services says that the new rule does not include anything about educating doctors. Many patient advocate groups are mobilizing to educate physicians, some in tandem with their states, to increase awareness of the new coverage and to encourage doctors to include screening during their patient appointments.

To learn more about planning for yourself or a loved one, please visit our website.