« Estimating Social Security Benefits: What You Need to Know | Main | The Worst Celebrity Estate Disasters of 2016 » 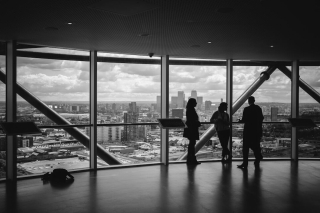 Seventy-one properties owned by Trump have been transferred into a personal trust that is said to be run by his two sons, Eric and Donald Trump Jr. For the most part, they are condominium units within a handful of buildings. Long-time Trump Organization executive Allen Weisselberg is also involved in managing the trust.

His ground lease on 40 Wall Street and interest in the 1290 Avenue of the Americas office tower, which he co-owns with Vornado Realty Trust, and other properties, have not yet officially been transferred. It’s unknown whether his primary residence, a penthouse at Trump Tower, will eventually be transferred into the trust, which is registered in New York and already holds many of Trump’s other ownership entities for properties outside of New York.

At a press conference in January, then President-elect Trump announced that he would move all of his assets into a trust not controlled by him to avoid the appearance of conflicts of interests. He also said that the trust would have an independent ethics adviser not affiliated with the Trump Organization and an internal officer to monitor compliance.

The Director of the Federal Office of Government Ethics and others denounced the move. They insist that Trump can only truly avoid conflicts of interest by completely divesting from all his holdings, rather than just a transfer to family members and company associates.

Trump’s son-in-law Jared Kushner, Senior Adviser, announced that he would also place many of his assets into a family-controlled trust and step down as CEO of his family firm. Although Kushner has done more to address potential conflicts than his father-in-law, ethics experts have also raised concerns about whether transfers of interests to family members is a true divestment.

A revocable trust is often used in estate planning because it provides flexibility and earned income is distributed to the grantor during the life of the trust. The grantor may modify or cancel provisions in the trust. Although there are trustees, the grantor, in this case, President Trump controls the trust as long as he is alive and it is customary that the grantor also receives all the earnings generated by the trust.

To learn about Revocable Living Trusts and other asset protection strategies, please visit our website.