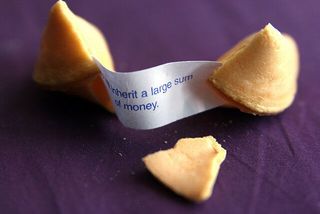 The last grandchild of one of the first American billionaires has died, and the next several years will prove if an eighty-three year old estate planning success story will come up against any bumps or continue for future generations.

If there’s one long-term estate plan that proves the power of dynastic planning, it’s that of the Rockefeller family. John D. Rockefeller put a plan into place decades ago, and with the death of his last grandchild, the fortune now moves one generation past its originator.

A recent Trust Advisor article asks “Dynastic Gamesmanship: Did David Rockefeller’s Crafty Trust Work Leave the IRS Holding the Bag?” It seems that when John D. put $1.4 billion into his first trust, he funded lavish lifestyles in perpetuity. Fortunately for future Rockefellers, family advisors have watched over the trust and kept it current. The family trustees did extremely well for David and his siblings, while passing completely outside the estate tax system. They enjoyed billions in tax-free income, while the principal continued to compound.

With Rockefeller advisors working hard to conserve the assets, the estates of John D.’s grandkids passed to their descendants with little in the way of taxation. John D.’s trusts passed the bulk of his money to his grandchildren and the great-grandchildren who were around when he set up the plan in 1934. Implementing trusts to bypass the estate tax at the time, arguably tripled the amount of money that went to the heirs, in addition to the income it provided. This saved 70% of fortunes this size from the IRS.

However, with David’s death, the estate plan needs to change. In the 1930’s, the trust code prevented the creation of beneficiaries who weren’t even born yet. This means that original layer of the family’s wealth will need to wind down when the last heir named in the documents dies. That will be John D.’s great-niece Abby Milton O’Neill—his oldest living great-grandchild, who now keeps the trust from terminating. Now near 90, the IRS is still waiting to tap assets. If there’s any principal left, the heirs will pay a tax bill.

By the early 1980’s, there were multiple layers of trusts supporting five generations of heirs—the youngest beneficiaries were only able to claim a 3% genetic bond to John D. This fragmented system kept everyone comfortable, but major charitable donations, and big-ticket purchases became a drag. Therefore, the advisors mortgaged Rockefeller Center and sold some property to raise cash on the deeply illiquid real estate. That cash went back into investments, eventually turning into a profit center. This approach keeps the wealth flowing to an ever-increasing list of descendants, while leaving the assets intact. At some point, their income needs are going to need to cut back or face draining the principal.

The Rockefeller approach is also unique in that their family investment infrastructure is open to other wealthy people, charging an annual fee. This is another reason for the success of the family. It’s cheaper to take in outside clients and share the costs of investments. A less open approach may have seen the fortune shrink, given the huge number of Rockefeller descendants. While trust rules have changed over time, the money continues to roll from past to future, while taking care of the present.

To learn what estate planning and asset protection strategies would best suit your family's needs, please visit our website.