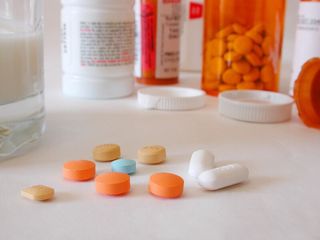 Court documents have been filed by a rock ‘n roll legend accusing his daughter and her husband of spending his money, drugging him and forcing him to live in a filthy house.

This is not a pretty story, and it is proof that fame and fortune do not guarantee anyone a happy ending. Rock and Roll Hall of Fame member and musical icon Jerry Lee Lewis, 81, is suing his daughter Phoebe and her husband for committing elder abuse in a big way.

According to Hollywood Life’s article, “Jerry Lee Lewis Sues Daughter For Elder Abuse In Lawsuit: Shocking New Claims,” the singer, known for his hits from the 1950s like “Great Balls Of Fire” and “Whole Lotta Shakin' Goin' On,” accused his daughter Phoebe and her husband Ezekiel Loftin of taking at least $5 million dollars of his money and keeping him in terrible living conditions.

Lewis said that his daughter gave him drugs and made him stay in a moldy house, according to the court filings obtained by media outlets.

Reports state that Phoebe managed Lewis’s career from 2000-2012, while keeping the singer on “heavy cocktail of psychotropic drugs.” Lewis claims that he has had to resort to wearing an oxygen mask, because of the extent and prevalence of mold at his home.

Lewis also claims that his daughter forced him to tour the country, despite his poor health.

Lewis had previously filed a lawsuit against Phoebe’s husband Ezekiel for spending roughly $5 million of the singer’s money on luxury cars, real estate and plastic surgery, according to TMZ. Lewis recently added Phoebe’s name to the lawsuit.

Lewis’ immense musical and performance talents have long been accompanied by an equally outsized personal life. His marriage to daughter Phoebe’s mother made headlines in 1957 when it was learned that Myra Gale Brown was only 13, not 20, as stated on the marriage certificate, as well as being his cousin. In 2012, he married for the seventh time, to Judith Brown.

To learn how we can help protect you or your loved ones from being the victim of elder abuse, please visit our website.