« Britney Spears Pets Live Large, but Without a Pet Trust, Their Luxe Life Is Vulnerable | Main | Why “Regular Folks” Need an Estate Plan » 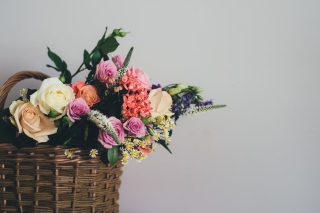 At last, a happy ending for the estate of the late Veronica Shoemaker, a community activist who made service the heart of her life and business.

With the conclusion of the estate battle, Mattie Young, the daughter of the late Veronica Shoemaker, will now be able to keep her mother’s flower shop open and maintain her mother’s legacy of community service. Shoemaker devoted many years of her life to serving the Fort Myer’s community and Young was faced with a contested will struggle that threatened her ability to keep the shop open.

"It's important that her legacy here, her legacy in the community and her spirit continue," Young said.

Veronica’s will left the florist business to her daughter. She noted that, as she faced advancing age, Mattie had worked to maintain the store's place in the community. Veronica Shoemaker died Jan. 21, 2016, and the will was filed in probate court in June. It was challenged a month later.

An agreement was struck with the help of a mediator and was filed in court. The trial scheduled to begin that week, was canceled.

Although some of the terms of the agreement were kept confidential, Mattie, her niece Latoya Shoemaker and her brother Bennie will be given equal shares in what remains of Shoemaker's estate, after the final expenses are paid and any property sold. The will filed in court had provided for only a 10% percent share for Latoya.

Mattie will continue to operate the flower shop that her mother founded 42 years ago. She expressed relief that the episode was over and her mother's name will remain prominent in the community she inspired and served.

As a testament to Shoemaker’s dedication, one of the streets on the corner where the floral shop is located has been named renamed Veronica Shoemaker Boulevard. Among her many civic accomplishments, Shoemaker was the first black person to win election to the Fort Meyers City Council.

To learn more about leaving a legacy for generations to come, please visit our website.