« One Year Later, Questions Still Surround Prince’s Death | Main | Strong Trust Planning is Important When One Spouse is Not a U.S. Citizen »

If You Want to Live Longer, It Helps to Be Rich 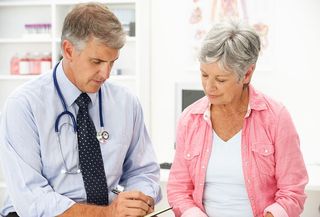 Some of us are living longer, but it’s a select group.

The numbers are chilling. The Society of Actuaries has decreased its life expectancy for 65 year old Americans by six months, and the health of middle-aged, non-Hispanic white Americans is deteriorating fastest, according to an article in Trust Advisor, “The Rich Are Living Longer And Taking More From Taxpayers.”

These trends show a widening gap between wealthier and poorer Americans. The richest people in the U.S. are getting several years of extra life and are also reaping a financial reward for their longevity. These trends will be important with any changes to Social Security, Medicare and other programs. A mere tweak to one of these programs—like retirement age or benefit formulas—may impact the rich and poor quite differently. The researchers wanted to see how long Americans can expect to live based on their income, focusing on earnings in midcareer, from 41 to 51 and using Social Security data.

An important result of this 13-year life expectancy gap is the fact that Social Security and Medicare are becoming a much better deal for well-off Americans. Thirty years ago, the richest and poorest retirees could anticipate roughly the same amount of benefits out of government programs. The richest received larger Social Security payouts by qualifying for higher checks and by living longer. The poorest got more out of government programs. Medicare benefits were about the same for each group.

Now as wealthier people live longer, they can expect to collect a lot more from Social Security over their lifetimes than the poor. In 1980, a wealthier 50-year-old could anticipate collecting $103,000 more than a poor American. Fast forward 30 years and the gap was $173,000. This shows that Social Security is becoming significantly less progressive over time, due to the widening gap in life expectancy.

Some theories about this notion cite rising levels of substance abuse, obesity, and suicide. Others look at how economic inequality drives health inequality. The cost of good health care has skyrocketed—even for those technically covered by insurance.

It is admittedly grim, but retirement planning needs to take into account your expected life span. How long you will live also impacts when you decide to file for Social Security benefits. On a national scale, life expectancy trends have an impact on public policy and legislation. For now, the bigger question is how to address the decreasing life span of Americans.

To learn more about planning for your retirement and beyond, please visit our website.