« Daughter Sues Mom, Charging Her with Draining Her Inheritance | Main | If You Want to Live Longer, It Helps to Be Rich » 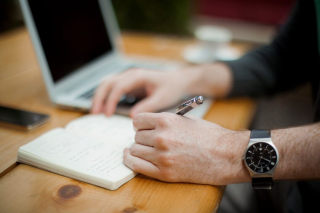 Because much of its value is in copyrights, trademarks, unreleased recordings and musical instruments, there is still a long way to go to finalize the rock icon’s estate.

When someone like Prince dies without an estate, the combination of celebrity and public court proceedings gives us a window into the complex issues that could have been prevented, if only proper estate planning had been done.

Time’s article, “What We Know About Prince's Estate One Year After His Death,” reports that new documents unsealed recently, give details about the investigation into the circumstances surrounding the 57-year-old rock star’s death from a fentanyl overdose. This investigation may be drawn out further. Prosecutors are still trying to determine how and where Prince got his prescription meds.

Prince died without a will and as a result, his estate is subject to a much higher rate of taxation than had he created trusts for family or charitable causes. In January, the estate filed its first tax payment, estimated to be about $100 million, or about half the estate’s total value. The federal estate tax rate is 40% and the Minnesota state tax is 16%.

The rest of the estate will likely be divided equally among Prince’s six siblings. The estate taxes should be able to be paid over time. Despite the total value of the estate, most of the estate is tied up in properties, copyrights and trademarks, and items like musical instruments that have yet to be valued.

Prince’s request that his music be removed from online services, like Spotify and Apple Music, was part of his long background of protecting the copyrights to his work. It can be traced back to his contractual dispute with Warner Brothers in the 1990s and extended to his complicated relationship with the Internet as a means of music distribution.

The fate of Prince’s back catalog may be nothing, compared to all the unreleased music he left behind. Estimates say that 70% percent of the music was never released. However, there’s no will to dictate what should happen to these songs.

Warner Bros. plans to issue two albums of unreleased music and two concert films on June 9. We’ll never know, however, if Prince would have wanted these, or any other of his music, to be released.

Reference: Time (April 19, 2017) “What We Know About Prince's Estate One Year After His Death”

Please visit our website to learn how you can create an estate plan that meets your goals and concerns.