What Happens to Jointly Owned Stock After A Spouse Dies? 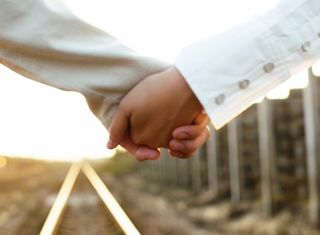 Each state handles taxation on the sale of jointly owned stocks differently.

If the spouses owned the stock as joint tenants with right of survivorship, then the surviving spouse became the sole owner after the first spouse died. A call to the brokerage firm will usually tell you what documentation you need to provide.

As far as the taxes, when you sell the shares, the way in which you’re taxed depends on where you live. Most states say that half of the investment’s tax basis was stepped up, when the first spouse died. This means that when you sell, the capital gains or losses on your half of the investment will be based on the stock’s value when you originally purchased it. However, the basis of the spouse’s share will be based on its value at the time of your spouse’s death.

However, if you live in a community-property state like Arizona, California, Idaho, Louisiana, Nevada, New Mexico, Texas, Washington, and Wisconsin, the calculations are different. In those nine community-property states, the entire investment would be stepped up to its value at the date of the first spouse’s death. If the shares were worth $70,000 when she died, and you sold them for $80,000, you’d be taxed only on the $10,000 increase.

While it’s likely that the financial institution can easily get records of the investment—original purchase costs, value on the day of the spouse’s death—it’s better if you maintain these records in your own files for future use. It’s one less task and one less place where errors can occur.

Reference: Kiplinger (April 7, 2017) “Selling Jointly Owned Stock After the Death of a Spouse”

Please visit our website to learn how to ensure your estate plan meets your goals and concerns.