« The Plot Thickens over Alan Thicke’s Estate | Main | Are You Prepared for Twists and Turns on the Road to Retirement? »

Heir Identification Issues are Mostly Resolved, Now Prince’s Estate Gets Down to Business 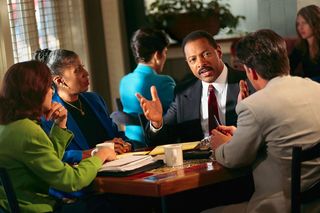 If you have a relative who refuses to create a will, then you may have front row seats to a similar process as Prince’s heirs, even if it’s not on such a grand scale. It took months to identify the heirs and figure out how to pay a huge tax bill.

The business side of Prince’s estate is now taking center stage, as the probate mess that resulted from the visionary artist’s failure to create an estate plan has moved forward. It’s time to monetize an extraordinary legacy.

Prince’s drive toward total personal control extended to the point where he did not plan for a world without him in it, says Trust Advisor in a recent article, “Prince Heirs Named, $300M Estate Now Free To Chase Every Dollar.”

Without a will, it took six months to pay the funeral tax bill and a year for the probate court to clear his sister and five half-siblings as heirs. There is now talk that a distant relative will make a viable claim for a full share of Prince’s $200-$300 million estate.

When Prince died last year, managing his estate was the job of a local company, Bremer Trust. They hired an entertainment industry team to put the recording affairs in order. The team will turn his intellectual property into cash, which was sorely needed with the initial estate tax payments due early this year.

They had to come up with a $12 million deposit on what could eventually be a $100 million estate tax bill. The industry managers signed new recording rights contracts and a large book advance on royalty payments to pay the IRS. Although the hastily signed deals weren’t perfect, the alternative was to just allow the IRS to seize a share of the rights as payment in kind.

Now that the heirs have aligned their interests, they will next determine whose advice they’ll follow on the strategic questions. They have some breathing room with the IRS, so they can try to get the biggest possible lifetime cash flow now. This means returning to those quick licensing deals designed to generate instant income—paying a few million dollars—just to get the right to renegotiate for a better offer.

Many entrepreneurs and business owners do the same thing as Prince. They place a high value on their own talent and can’t imagine how their businesses will continue without them.  Therefore, they avoid having a will or estate plan created. Family members and the courts are left to clean up the complexities. Don’t be like Prince. Work with an experienced estate planning attorney to create a will and make a plan for a world without you in it.

To learn more about the importance of establishing a last will, please visit our website.