Questions Raised About Authenticity of Documents Used by Heir Locator 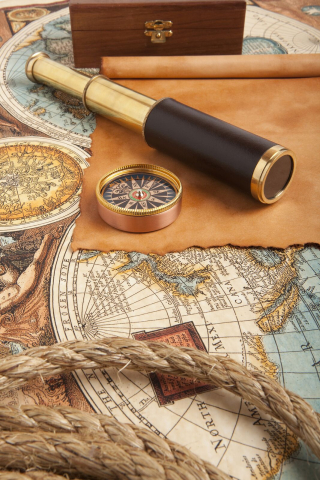 By traveling to Eastern Europe and obtaining documents thought to be long-gone, a genealogist has built a profitable business finding lost heirs.  However, a court appointed lawyer reviewing his documents on one case says they are likely forgeries.

Vadim Tevelev may be a hero to those who retain his services to prove kinship for Surrogate’s Court cases.  However, according to the New York Daily News, there are serious questions about the documents and genealogical records that he has provided in many cases.

The article, “Genealogist who helps heirs obtain fortunes in estate cases accused of using forged documents,” reports that Tevelev is working on behalf of a Russian-born New Jersey woman to win her part of an $8 million fortune left behind by Isaac Kramer, a Brooklyn lawyer who died in 2008 at the age of 94. However, some estate lawyers and genealogy experts have said that the family trees and genealogical records Tevelev submits as proof of kinship are not always 100% real.

A court-appointed lawyer reviewing the case said that the Ukrainian birth records Tevelev submitted were probably fakes. Roger Olson wrote in his report for a Brooklyn Surrogate’s Court judge that Tevelev has been involved in other cases where genealogical records were called into question.

Tevelev currently represents Elizabeth Hovav. He says Hovav is Kramer’s first cousin once removed and is entitled to some of the decedent’s estate. As in other estate cases, he has power of attorney for Hovav and her interest in the estate. If he’s successful in proving kinship, he typically receives a commission of one-third of the inheritance. However, Hovav and 36 other alleged relatives of Kramer have battled in the courts over the estate for almost nine years. The attorneys for the other Kramer relatives also question the validity of the documents that Tevelev has submitted over the years.

Olson obtained a 2013 report by the public prosecutor’s office in Lviv, Ukraine, which said a civil servant had pleaded guilty to forging records that showed Hovav’s mother was born in Lviv and to falsifying the identities of Hovav’s grandparents. Hovav’s mother was actually from St. Petersburg, Russia. The public prosecutor’s report also says the forgeries were made for unidentified people to get money from Kramer’s estate.

Tevelev’s attorney said that Ukraine’s National Police Department later conducted its own investigation into the civil servant’s alleged forgery in 2016 and decided that no crime had occurred. But the police also said that evidence in the case had been lost because of the 2014 riots in Ukraine.

Tevelev, who lives in New Jersey, but was born in Russia, said he’s been an “heir hunter” since 1991. He said he considered himself a specialist in foreign documents and locating people overseas.

Tevelev and Hovav are still likely to get significant payouts from the Kramer estate, no matter how accurate Olson’s report is. The attorneys for all of the alleged relatives involved in this matter have requested that a judge let them reach a settlement among themselves. They have apparently chosen to overlook the issue of forgery altogether. According to court filings, one possible deal being examined would give Hovav as much as $300,000.

To learn more about ensuring your estate plan is sound and reflects your wishes, please visit our website.