« How Long Does It Take to Get a Payment from a Life Insurance Policy? | Main | How Does a Living Trust Work? »

More Changes Coming to Medicare in 2018 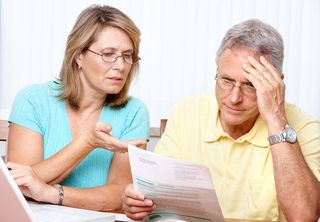 Higher fees are coming to high earners, when income thresholds for the highest surcharge tiers drop even further next year.

If you were hit with premium surcharges for Medicare Part B and Part D already, these costs will increase again in 2018, according to a recent article in Kiplinger, “Medicare Surcharge Thresholds to Drop.”

This recalibration of the trigger points was a part of the Medicare Access and CHIP Reauthorization Act of 2015, also called the "Doc Fix" law, which ended the annual battles over fee schedules for doctors' Medicare payments. To help pay for the permanent fix, lawmakers have asked high-income beneficiaries to foot the bill.

There’ll still be four surcharge tiers for 2018, and there’s no surcharge for beneficiaries whose modified adjusted gross income (MAGI: AGI plus tax-exempt interest) is less than $85,000 for single filers or $170,000 for married taxpayers filing jointly.

However, the tops of the other tiers are going to be compressed. As a result, some income levels that were in tier two will move to tier three, and some beneficiaries previously in tier three will jump up to the most expensive tier four. The highest surcharges were previously triggered when MAGI passed $214,000 for singles and $428,000 for married couples. Now the trigger points will drop 25% in 2018, to $160,000 and $320,000 respectively.

Your 2016 tax returns are used to determine your 2018 Medicare premiums. Those returns have already been filed. Therefore, you could be stuck with higher premiums, unless you qualify for a waiver because of a life-changing event like retirement or the death of a spouse.

But if you think your income will be at similar levels in 2017, you still have some time to try to lower your MAGI for this tax year to reduce your 2019 Medicare premiums.

If you might be on the border of a tier threshold, consider tapping into sources of income that are exempt from MAGI, such as Roth account distributions, health savings account distributions, loans from cash-value life insurance, a portion of nonqualified immediate annuity payouts and reverse mortgage proceeds.

Another move to consider: if you were planning on supporting a local not-for-profit anyway, 2018 may be a good year to plan on making a direct charitable contribution from your IRA, if you are required to take RMDs (Required Minimum Distributions) from your retirement accounts. A qualified charitable distribution won’t count towards your MAGI.

To learn about estate planning and asset protection strategies in retirement and beyond, please visit our website.

Posted by Stapleton Elder Law on 08/10/2017 at 08:32 AM in Charitable Contributions, Medicare, Required Minimum Distribution | Permalink