« Would a “Life Estate” Work for Your Family? | Main | Subtle Change to HUD Reverse Mortgage Rules Could Spell Disaster for Surviving Spouses »

Bipartisan Legislation on Elder Financial Exploitation Passes in the Senate 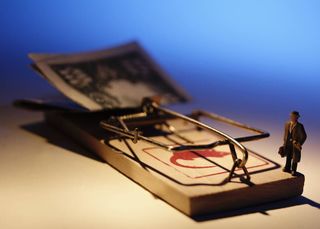 The number of instances of elder financial abuse is growing dramatically, in every state.

If it becomes federal law, a piece of bipartisan legislation passed by the Senate is expected to dramatically reduce the number of financial crimes against senior citizens.

“This legislation will enhance our response to the cowardly criminals who try to exploit America’s seniors. Families across America, including in my home state of Iowa, have been victimized by such crimes, and as the population ages, we can expect more and more victims if we don’t act. The Elder Abuse Prevention and Prosecution Act takes meaningful steps to equip law enforcement, seniors and caregivers with additional tools so they can deter these crimes and hold perpetrators accountable,” Grassley said.

“Our bipartisan legislation will help prevent the utterly unconscionable scourge of elder abuse and hold its shameful perpetrators accountable. Far too many seniors in our country are abused or exploited by the very people who are supposed to care for them. This issue hit home in Connecticut with the tragic case of Purple Heart recipient Robert Matava. A national hero, he deserved the best care during his golden years. Instead, he was defrauded and left penniless by those he trusted most. Abuse of our country’s elders is too often overlooked, and we must do everything in our power to ensure their financial security and physical safety,” Blumenthal said.

Research shows that financial exploitation may be the most widespread form of elder abuse. It costs seniors in the U.S. over $36 billion annually. The legislation will expand data collection and information sharing to help prevent and respond to all forms of elder abuse and exploitation, including financial crimes against the elderly.

The bipartisan Elder Justice Coalition called the bill “one of the most comprehensive and meaningful bills ever developed to address the rapidly increasing problem of elder financial abuse in America.” It also has the backing of Consumers Union, SIFMA, the 60 Plus Association, the Alzheimer’s Association, the National Center for Victims of Crime and many others.

Hopefully, the number of senators cosponsoring the bill from both political parties will make it more likely to proceed through the legislative process with no impediments. Senator Grassley has been involved with this issue for many years, chairing a Judiciary Committee hearing in 2016 that examined solutions to elder financial abuse, as well as initiating a number of inquiries on the issue.

Please visit our website to learn how you can protect yourself and your loved ones from financial exploitation.