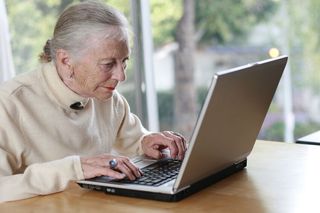 Two years ago, a victory for the elderly occurred when advocates succeeded in having more rights and protections put into place for the surviving spouse of a senior with a reverse mortgage.

Protections put into place two years ago, could now be at risk as a direct result of a very subtle language change from the Trump administration’s proposed budget request for the Department of Housing and Urban Development (HUD). The most vulnerable person—a surviving spouse who did not sign the mortgage documents—could be put in a terrible position and face foreclosure on the family home.

The New York Times recently published an article, “2 Senators Question Effects of a Reverse Mortgage Proposal” that two U.S. Senators sent a joint letter to Ben Carson, the Secretary of HUD and Mick Mulvaney, the Director of the Office of Management and the Budget. They sent the letter two months ago to get some clarity on the proposed wording in the budget request. Senator Marco Rubio (R-FL) and Senator Catherine Cortez Masto (D-NV) asked whether the agency was seeking to reverse the previous change in policy.

There’s been no response from HUD about its intent for reverse mortgages, which allow the elderly to use the equity they’ve built up in their homes. That is causing concern, because reverse mortgages are seen as crucial in helping an aging population plan for retirement. Before the change in policy two years ago, a surviving spouse who hadn’t signed the mortgage frequently had to pay what was left on the loan in full or risk being evicted in a foreclosure. The two senators say the old policy is a “loophole” that had “compounded the stress faced by widows and widowers at a time when they were already grieving the loss of their spouse.”

The specific language in question is a proposed change in the National Housing Act that says, in regard to reverse mortgages, that a mortgagor “shall not include the successors and assigns of the original borrower under a mortgage.” The phrase is in a section of the Act providing the types of reverse mortgages eligible for insurance guarantees from the Federal Housing Administration, a division of HUD.

The revised wording can be read as suggesting that a surviving spouse isn’t necessarily entitled to stay in the home.  However, at the same time, Trump’s budget proposal includes a new line that would give the Secretary of HUD broad discretion to determine if a loan is payable after the death of the borrower.

“HUD’s proposed changes to reverse mortgages included in the last budget raised concerns that the administration may be seeking to undo hard-fought existing protections,” Senator Cortez Masto said in an emailed statement on Tuesday. “I hope the administration can make clear that they’re not looking to push seniors out of their homes after the death of their spouse.”

The senators have not yet heard a response from the housing agency about its intention for the language change. One expert noted that even if this is simply a case of bad drafting, it could lead to a bad law that would harm many seniors.

The increase in home prices, along with the enormous number of baby boomers who are reaching retirement age without sufficient savings in place, point to a potential surge in the number of reverse mortgages. Clarifying this issue to protect the elderly from facing an even larger upheaval at an already challenging time in their life is paramount.

To learn how you can best prepare for retirement and beyond, please visit our website.

Posted by Stapleton Elder Law on 09/06/2017 at 10:04 AM in Retirement Planning, Reverse Mortgage, Tax Planning | Permalink