When Even the Local TV Reporter Can’t Solve a Problem, It’s a Problem 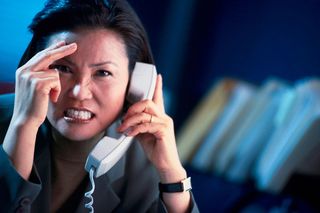 Any local news broadcast worth its salt has a consumer reporter who takes up the cause of defending consumers who have been ripped off or denied a refund or otherwise unfairly treated. One such report from a Denver station sought to help a widow with a Wells-Fargo account that was rightfully hers. So far, neither the widow nor the consumer reporter has had any success.

After her husband passed away, Sharon Pallat spent several months trying to close out all of her late husband’s banking and investment accounts. He had several accounts at a local branch of Wells-Fargo, and Sharon Pallat paid the bank a visit.

She was there to close all the accounts and get all of the money from them to which she was legally entitled. Wells Fargo was happy to help at the time and promptly closed all of the accounts, except for one investment account.

The bank said this account would take a little bit more time to close out. That was two years ago. Despite repeated requests, Sharon Pallat is still waiting for Wells Fargo to close out the account and give her the money. Whenever she asks, she gets the runaround.

The bank has previously told her that this investment account contains real estate and that is why it would take extra time to close. FOX 31 Denver reported on this case in "Widow battles Wells Fargo to get beneficiary funds from deceased husband's account."

The station assigned a reporter to investigate the matter in an attempt to help Pallat get the money from the bank. The reporter got the runaround also. Wells Fargo still has not told anyone what is going on. The TV station says it will continue to stay on the story until it gets answers. For Pallat's sake, hopefully that will not take another two years.

To learn more about properly protecting your assets, please visit our website.