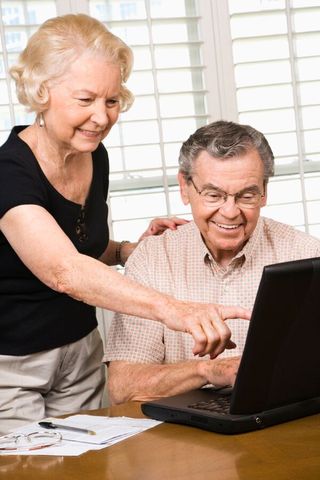 After a long and high-profile life of philanthropic endeavors, socialite Brook Astor died in 2007 with an estate worth $200 million.  Two years later, her son Anthony Marshall was convicted of stealing millions from her. Astor suffered from dementia, and Marshall was paying himself from her assets. While not all families enjoy this level of wealth, the fact pattern is not all that unusual.  A large and growing number of Americans suffer from dementia-type illnesses and many of them may be taken advantage of by family members.

States are now trying to provide greater protection for elderly investors, according to a recent Reuters article titled “Protecting dementia sufferers from scammers gains ground in U.S.” Retail brokers in three states thus far have been permitted to help deter scams against people with dementia.

The laws, which are being examined by other state legislatures, allow brokerages to halt an older client’s request to transfer money to others (at least temporarily) if a wealth manager suspects that his or her customer may have dementia and may unknowingly be the victim of a scheme.

More than 5 million Americans over the age of 65 have Alzheimer's disease, which is the most common form of dementia, the article says. Citing the Alzheimer's Association, that figure accounts for roughly 1.5% of the U.S. population. Experts say this could grow to 7.1 million by 2025.

Elder financial abuse is frequently hard to detect, but the article explains that requests for large, "questionable" sums of money can often be a clear sign.

Philip Marshall (Anthony's son and Astor's grandson) commented that these new laws might have helped protect his grandmother. The younger Marshall is a professor of historic preservation in Rhode Island who recently went on sabbatical to devote more time to elder protection issues.

Brooke Astor was an heir to the Astor family fortune that started back in the 18th century. She passed away in 2007 at age 105, and had a $200 million estate. Most of this was earmarked for charities. Unfortunately, her son exploited part of her estate that was to be used for her personal expenses. He paid himself roughly $1 million for managing her affairs in 2006, as was revealed in a court proceeding.

Some have concerns about these laws and think that perhaps the government could empower wealth managers to interfere with legitimate transactions and keep elderly people from their investments, the article reports. FINRA, an industry watchdog, is also developing guidance on the issue, with input from the SEC, as brokerages have asked for clarity on this because of rules that require them to execute a customer’s transaction.

Roughly half of the states have laws that require employees of financial institutions to contact state agencies if they suspect an elderly customer is being financially exploited. However, many of these laws do not include retail brokerage employees or allow those institutions to delay withdrawals.

Brokerages are often put in a tough position when this situation arises. Contacting concerned family members to question an elderly client's instructions could run afoul of laws about protecting privacy, as well as rules that require processing transactions on time. That said, following the client's instructions can help the customer who otherwise may fall victim to a con or abusive caretaker. As it stands in most states, brokers could be liable for taking action or honoring such a transaction.

Contact an experienced estate planning attorney for guidance on how trusts may be used to help curb this abuse.

Please visit our website to learn how trusts may be used to help protect your investments.