Backwoods Cabin Where Bluegrass was born is Now for Sale 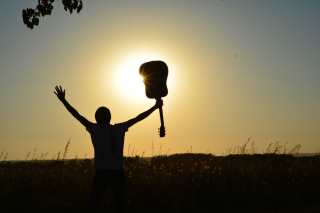 For fans of bluegrass, this is an once-in-a-lifetime opportunity to own a piece of musical history.

It was while he was living in a small cabin in Rosine, Kentucky, when Bill Monroe first learned a number of tunes from his uncle, Pendleton Vandiver. Both of Monroe’s parents had died by the time he was 16, and his “Uncle Pen” took him in for two years, teaching the young man fiddle tunes, working on his timing and accompanied by his uncle’s mandolin.

Monroe’s life and what his estate is now doing is detailed in an article appearing in USA Today, “Bill Monroe estate to sell historic property.”

That cabin went to the bank when Vandiver died. Bill Monroe's son, James, bought the property in 1973 as a gift for his father. James also built another cabin using some of the salvaged logs from the original home.  However, now James says that it's time to pass it along to a new owner.

"We've got so much stuff that he left. We can't take care of it all."

This is the second sale of pieces from the Bill Monroe estate in less than a year. Last summer, Monroe’s fans and collectors purchased more than 1,000 items at an estate sale in Gallatin.

The property's eBay page currently lists an asking price of $550,000. Monroe’s cabin is on 2½ acres of land overlooking Rosine, Kentucky.  It is about 110 miles north of Nashville, but within walking distance from the cemetery where Monroe, who died in 1996, and Vandiver are buried.

Monroe’s cabin currently welcomes tourists from May to October, but there’s no indication what might happen with new owners regarding whether they might want to keep the cabin as a tourist attraction.

The purchase of the property also comes with name, merchandising and image rights to Pendleton Vandiver as well as several items in the home. That includes one of Monroe's Stetson hats and a BMI award for his classic song "Uncle Pen"—a song that’s been covered countless times by artists ranging from Ricky Skaggs to Phish.

What will your legacy be after you pass? Please visit our website to learn more about creating an estate plan that last long after you pass. 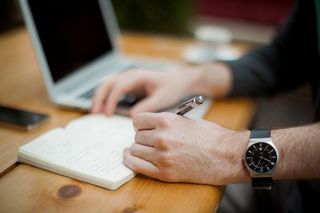 Add estate sales to the many things that we used to do ourselves until we got smarter! Having a professional estate sales team on your side can take some of the sting out of having to sell your possessions.

Unless you are thrilled to get rid of all of your possessions, chances are your estate sale is taking place because of any one of the three Ds – death, divorce or downsizing. When you live in the same house for thirty years, you accumulate stuff. Lots of stuff. Preparing to sell your stuff requires being ruthless, unemotional and motivated. And you need to know the true market value of things that you may have some extreme attachments to. Sounds like a job for a professional! To save time, money, and heartache, many people today are turning to professional estate sale planners.

The Casper Journal’s recent article, “Professionals can ease burden of planning estate sale,” provides some good advice on the subject.

Selecting a reputable estate sales professional is important. These are your possessions, and many of them are valuable.

When finding an estate sales person, ask your family, friends, and business professionals for recommendations. Your estate planning attorney may have some very good references.

Next, look into their business histories and customer reviews at the Better Business Bureau’s website, and conduct a search online to see what type of articles or reviews of their services have been posted.

You should then choose a few and interview these professionals in person before deciding on the company you want to engage. Ask them about their credentials, certifications, and education in the area of estate sales. Also, make sure that they are insured and bonded.

Ask for the names of three or four references. Contact them to find out about their experiences working with the company and whether or not they would hire them again.

Before signing the contract, make sure you understand it, and consider asking your attorney to review it for you. Just so there are no surprises, you’ll want to find out the following from the estate sales business you plan to use:

Make sure to be very thorough when you interview your prospective estate sales team. The better prepared you are, and the more comfortable you are with whomever you hire, the better your estate sale will be. Please visit our website to learn how you can ensure your estate plan reflects your intentions and desires.