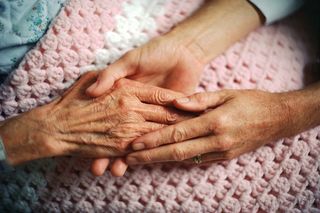 Many people would prefer to receive care at home, rather than in a nursing home.  However, a lack of health aides combined with an aging population is taking away that choice for seniors.

With few incentives, demanding tasks and less than $13 an hour in pay, it should be no surprise that there is a shortage of home-health aides. As the lowest paid workers in New York’s health care system, as reported by The (Plattsburgh, NY) Press-Republican in “Home health aide shortage leaves some without care,” there are fewer and fewer takers for these low-paying, physically demanding jobs.

"There are just not enough bodies to fill the home-care staffing jobs," said one attorney with the Center for Elder Law and Justice, which provides legal services to seniors and income-eligible people in Niagara County and seven other western New York counties.

Advocates for New York’s home-care industry say the state is experiencing a strong demand for health-care aides. The shortage is expected to become more acute in the next 10 years. There are estimates that 20% of New Yorkers will be 65 years of age or older by 2025, and many will need to depend on public programs to pay for the services.

Home-care providers in New York say they’re being squeezed by what they call inadequate Medicaid rates, resulting in the need to close offices and eliminate services. The state offered short-term funding to fill the gap, but because of the continuing aide shortage, some agencies are unable to provide care that’s been authorized. As a result, patients face a high risk of being hospitalized or placed in nursing homes when they could be staying in their communities, if more aides were hired.

However, state Medicaid Director Jason Helgerson believes the rates offered by the state to the home-care agencies are adequate and that it will increase its support for the sector by $4.9 billion over the next five years. Helgerson contended that New York is more generous to the industry than any other state.

The New York Assembly Committee heard from more than 40 people, who urged them to find a long-term solution to the workforce shortage. Rural counties are already in crisis mode, according to one lawmaker. The hope is that the Assembly will attempt to get more state support for the managed-care plans that fund many of the agencies.  However, no specific wage level has been suggested. Home health aides can earn higher salaries at fast-food restaurants, and there are few incentives for them to remain at these low-paying, difficult jobs.

To learn how we can assist you or a loved one plan for long term care needs, please visit our website.