Every Dog May Have His Day, But This Dog is Having His Day in Court 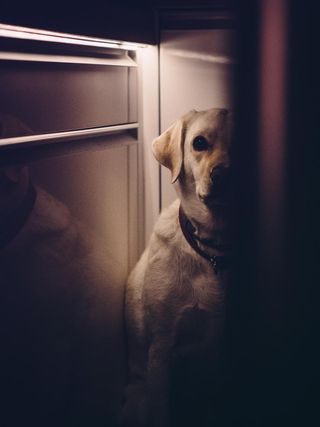 When one of the creators of The Simpsons passed away, he left his beloved dog in the care of a dear friend. But the estate of Sam Simon has so far not been able to reach an agreement with how much money is needed to care for the dog. Let's just say that the friend wants to carry on Simon's luxury level of care for the dog.

Like anyone who loves the pet members of their family, Sam Simon was a devoted animal parent and his rescue dog, named Columbo, enjoyed a comfortable lifestyle. One of Columbo's monthly bills was for acupuncture treatments, twice a week, at a monthly cost of $3,640. That was just one of his regular medical and therapeutic treatments.

Simon passed away earlier this year after a struggle with colon cancer. Most of his fortune was put in trust to be used to promote animal rights. Columbo, however, was given over to Tyson Kilmer, an animal trainer and Simon's friend. Now Kilmer and the trust that Simon created are in a bitter dispute over money to pay for the dog's care.

Kilmer claims that he needs $140,000 a year to maintain the same treatments that Simon gave Columbo. He claims that the trust refuses to give him the funds. The trust has a different story.

Its position is that it has offered appropriate funds to Kilmer, but that under the terms of the trust and the law it cannot give him whatever he wants. It also claims that Kilmer has asked for outrageous sums and that an alternative caretaker for the dog is willing to care for it for free.

The Daily Mail has more on this story in "Estate of late Simpsons co-creator Sam Simon locked in a bitter battle with the new owner of his beloved dog who says he has not received annual allowance to care for the canine." For now it appears that this dispute is only playing out in the press. It remains to be seen whether it will make it to court.

If you have a pet and want to make provisions for its care at your passing, then contact an experienced estate planning attorney to discuss a pet trust. Please visit our website to learn more!

Reference: Daily Mail (October 1, 2015) "Estate of late Simpsons co-creator Sam Simon locked in a bitter battle with the new owner of his beloved dog who says he has not received annual allowance to care for the canine."