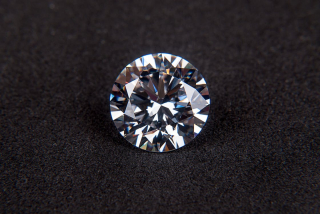 A lawsuit filed against Christie’s auction house by the estate of Elizabeth Taylor, is the latest in a long battle centering on a famed diamond with a legend that may or may not be true.

Given to the movie star Elizabeth Taylor by her husband Richard Burton on the occasion of her 40th birthday, the heart shaped diamond known as the “Taj Mahal” was one of many incredible pieces in a large collection of art and jewelry sold by the Christie’s auction house. The entire collection sold for $183.5 million. Taylor died in 2011.

Variety reported in a recent article, “Elizabeth Taylor’s Estate Sues Christie’s Again Over ‘Taj Mahal’ Diamond,” that the diamond was sold to an anonymous bidder for $8 million. A few months later, the buyer requested that the sale be cancelled. This was apparently upon hearing that there was some question whether it was, in fact, owned by Shah Jahan, the 17th century emperor who built the Taj Mahal.

Christie’s acted to rescind the sale. However, the trust that oversees Taylor’s estate would not return the proceeds, claiming that the auction house was not obliged to cancel the sale. It never guaranteed that the emperor owned the diamond.

The trust argues that Christie’s was instead doing a favor for the buyer, who was one of their best clients. In addition, Taylor’s trust alleges that Christie’s failed to turn over proceeds from the $2.9 million sale of a Bulgari ring in an attempt to leverage this to get the trust to refund the sale of the diamond.

The trust filed a lawsuit over the issue in federal court in 2015.  However, the parties suspended the litigation to opt for mediation.

“Both parties believe the other owes them money as a result of the auction,” Christie’s said in a statement. “We have been discussing this matter for some time. The Trust apparently decided to cease discussions and instead pursued legal action without notice. Christie’s believes it is unfortunate that this issue cannot be resolved through mediation, especially given the success of the sale held for the Trust’s benefit.”

The trust alleges that payments for several other items that were sold at auction have also not been paid to the trust. These include equally upscale and movie-star quality possessions that include a pink layered tulle evening grown, a Valentino evening bag and Girandole ear clips.

To learn more about establishing a trust to protect your assets, please visit our website.