Changing a Will Definitely Not a Do-It-Yourself Project 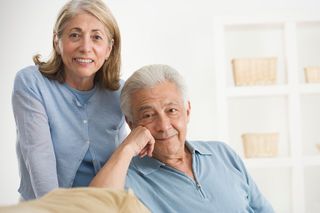 It may seem that revoking a will should be a pretty straightforward process, but it is not. In more cases than you can imagine, people who think they have done all the right things end up leaving their assets to unintended heirs. Writing a will or making changes to a will are one thing – properly executing them is another.

Stories of people who change their minds after their wills have been executed are common. They often tear up the pages or write all over the will. There are many different ways to revoke a will. But without the guidance of an experienced estate attorney, a prior and properly executed will trumps a do-it-yourself will.

A recent article from Elder Law Answers, "Efforts to Change Will Using Photocopy and Then Downloaded Form Are Ineffective," describes a case decided by the Minnesota Court of Appeals in August 2015, that proves that it is possible to “fail to revoke” a will.

Esther Sullivan had a will created in 2006. It was a properly executed and valid will that left half of her estate to a former employee. In 2008, she had a change of heart. She photocopied the will and made handwritten changes to it, all of which she initialed. She also wrote that the 2006 will was void. This new document removed the former employee and left half the estate to someone else.

Later, in 2010, Williams downloaded a form will off the Internet, filed in the blanks and signed it believing it was to be her new will. The court, however, ruled that her 2006 will was still valid. The reason? Neither the 2008 document nor the 2010 document were properly executed.

Consequently, neither “new will” could by law revoke the 2006 will.

Be sure to work with an estate planning attorney whether you want to create, change or completely redo your estate plan.

To learn more about ensuring your estate plan is accurate and complete, please visit our website.